The AST honors contributions to the field of transplantation and to the society through our Achievement Awards.

Awardees were recognized on Saturday, May 30th during the Virtual Congress. 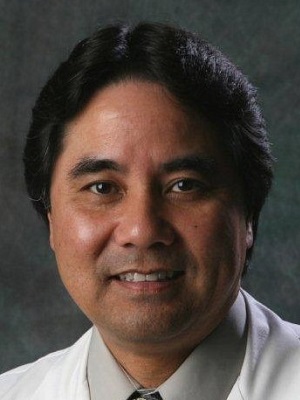 Currently serving as the DSL/Thomas D. Gordon Professor of Medicine at the Cedars-Sinai Medical Center and a Clinical Professor of Medicine at the David Geffen School of Medicine at UCLA, Dr. Kobashigawa has authored more than 400 manuscripts, book chapters, and editorials.  He has been an advocate for national legislative issues in thoracic transplantation, and has promoted thoracic involvement in the AST. As the Director of the Advanced Heart Disease Section of the Cedars-Sinai Smidt Heart Institute, Dr. Kobashigawa has been instrumental in the program emerging as the largest adult heart transplant program in the United States, averaging more than 120 heart transplants per year, and with a one-year survival rate which surpasses national outcomes.

Dr. Kobashigawa has been actively involved in many national and international professional societies. His service to the AST spans over 25 years and includes service on the Board of Directors.

Dr. Kobashigawa’s contributions to the field of heart transplantation have made a positive and profound impact on the field and on the AST. The AST Mentoring Award highlights AST members who have made outstanding contributions to the education of our future leaders in transplantation. 2020’s recipient is Dr. Christin Rogers Marks of Massachusetts General Hospital.

In her almost twenty years as a pharmacist, Dr. Rogers has distinguished herself both as a clinician and also as a leader and mentor in the field of transplant pharmacy, including as the founder of two Solid Organ Transplant Pharmacy Residency programs in Boston.  She has worked to increase awareness and interest in transplant pharmacy, and her mentees share that her passion and enthusiasm for transplant are contagious.  By dedicating herself to mentoring others to achieve their goals, she has prepared her mentees to succeed in providing a high level of care to the transplant patients they serve.

Her contributions to the AST have been many.  Dr. Rogers founded the now 600-member-strong Transplant Pharmacy COP, and served as its chair for two years.  Since 2014, she has served as faculty at the AST Fellows Symposium, where she has helped to grow the pharmacy attendance to more than forty pharmacy residents and fellows each year.  She also served on the ATC Planning Committee from 2014-2017 and presented the pharmacy portion of the ATC student session from 2012-2017.

Dr. Rogers is dedicated to the growth of the transplant pharmacy field, and through her continued training and mentoring of pharmacy students and residents, and their growth into leaders in the field, she will continue to impact it for many years to come. The Clinician of Distinction Award was presented to Mr. Charlie Thomas of the Banner University Medical Center in Phoenix. This award is given to a non-physician who is recognized for outstanding contributions to clinical transplantation.

Mr. Thomas has dedicated over three decades to abdominal organ transplantation as a social worker supporting living donation, liver, and kidney transplants and advocating for patient access to transplantation, regardless of socioeconomic status.  He was described by Senator John McCain as “one of the foremost experts in the State of Arizona on the complex issues surrounding organ allocation and transplantation.”

Over the years, Mr. Thomas has used his expertise as part of the National Academy of Sciences Institute of Medicine Expert Panel on Organ Procurement to review the Final Rule, as well as in service to many NKF, ESRD Network, and UNOS committees and task forces, and is a past chairperson for the National Kidney Foundation Council of Nephrology Social Workers.  He counts as his most significant accomplishment “advocating for the expansion of the State Medicaid program to cover heart, heart-lung, lung, liver, and bone marrow transplants for the working poor.”

Mr. Thomas has also extensively served the AST as a member of the Public Policy Committee, a member-at-large on the Psychosocial and Ethics COP Executive Committee, and as a contributor to no less than five AST work groups.

Over his career, Mr. Thomas has considerably impacted access to transplantation and has improved the lives of many transplant recipients now and in the future. The AST Basic Science Established Investigator award is awarded to a senior basic scientist at the professor level.  This year’s award was presented to Dr. David Rothstein from the Thomas E. Starzl Transplant Institute.

Dr. Rothstein is regarded as one of the best immunologists in our field.  He has devoted his career to the immunology of transplant rejection and tolerance and has made several critical discoveries.  His research is notable for opening new areas, enhancing basic mechanistic understanding, and identifying practical applications to promote allograft survival.  Dr. Rothstein’s work also transcends basic science with a promising expansion into human translational research.

Dr. Rothstein served AST in many capacities.  For eight years, he chaired the AST Grants and Awards Committee, and was instrumental in moving the AST Grants into an open competition for the best basic and clinical science with a rigorous grant review.  He served on the Board of Directors and has been a member of numerous AST committees.  Recently, he chaired the Community of Transplant Scientists and was the main organizer of the first ITS joint basic science meeting, held in November 2019.

Dr. Rothstein is well-deserving of this award due to his scientific excellence, service to our society, and assiduous promotion of our field. Dr. Feng’s research aims to help us better understand the effects of immunosuppression in the transplant recipient.  She is the lead investigator for multiple rigorous, multi-center clinical trials to investigate spontaneous and induced tolerance, medication adherence, and mechanisms of allograft injury in adult and pediatric liver transplant recipients.  Dr. Feng also derived the liver Donor Risk Index, an objective metric describing deceased donor liver quality that has been used in countless research articles to quantify the risk of graft loss and mortality after liver transplantation.

Dr. Feng has served the AST in several ways.  As Chair of the Kidney Pancreas Advisory Council, she organized a consensus conference on Kidney Paired Donation.  She Chaired the ATC Planning Committee.  Dr. Feng has devoted countless hours to the AJT since starting as a reviewer in 2000, notably including the initiation of the popular “Images in Transplantation,” and has been chosen as the next Editor of the AJT beginning this summer.

Dr. Feng is a brilliant clinical scientist and dedicated leader within the transplant community, and AST congratulates her on this award. Dr. Orlando is a pioneer in cutting-edge research in abdominal organ regeneration, with an emphasis on the bioengineering and repair of the kidney and beta cells.  Since shifting his focus to this work in 2008 during his Marie Curie Fellowship, he has worked to develop strategies and platforms for the bioengineering, regeneration, and repair of abdominal organs, and supported the revolutionary idea that organ transplantation should transition towards a regenerative medicine focused type of research.  He has published three milestone books on regenerative medicine and bioengineering as primary editor, and over 100 manuscripts.

Dr. Orlando is a pioneer in transplant regenerative medicine, and will impact the field for years to come. The AST Clinical Science Investigator Award went to Dr. Jayme Locke from the University of Alabama at Birmingham School of Medicine.

Her work encompasses health disparities and outcomes research in transplantation, with a specific focus on the HIV+ population and living donors. The hallmark of Dr. Locke’s work is the creative combination of existing data sources to answer questions that are clinically meaningful to patients and advance the science of transplantation. She was the first to perform a novel linkage of SRTR data with pharmacy records in order to identify HIV+ patients on the kidney waiting list, demonstrating not only diminished access to transplantation for these patients but also establishing a significant survival benefit for those who achieve transplantation, two previously unanswerable clinical questions.

Dr. Locke was elected to the AST Kidney Pancreas COP executive committee in 2015 and has since served the COP in various capacities. In 2019 she joined the AST Research Network Scientific Review Committee and will serve as Clinical Chair in 2020. She also serves as faculty for the annual Fellows Symposium in Transplantation.

Dr. Locke is the epitome of the physician-scientist, having made important contributions in epidemiology and outcomes research while achieving clinical excellence at a highly regarded transplant program. Dr. Menon is an innovative physician-scientist who is well on his way to becoming a key opinion leader in the field through his many publications and invited presentations.  Work that he has led and contributed to deciphers basic mechanisms relevant to human transplantation.  His work on Shroom 3 shows that this gene plays an important role in human allograft fibrosis, and also provides detailed and novel molecular mechanisms.  Additional translational work Dr. Menon has completed identified novel biomarkers for kidney transplant outcomes and provided new insight into relationships among HLA and non-HLA polymorphisms and graft survival.

Dr. Menon is a dedicated AST member, having served the organization for almost a decade. He reviews abstracts yearly for the ATC, is an active member of the Community of Transplant Scientists (CoTS) currently serving on its programming committee, and has been involved in organizing mentorship programs for junior faculty.

Dr. Menon has shown that he has the outstanding knowledge, abilities, and collaborative mentality which will enable him to grow into one of the next generation of leaders in the field. The AST Clinical Science Career Development Award is presented to Dr. Marina Serper of the University of Pennsylvania.

Dr. Serper has established herself as a talented clinical and applied health services investigator focused on using large-scale observational research to identify gaps in healthcare quality and delivery.  Her work spans liver and kidney transplantation disciplines and tackles important problems in behavioral health that impede success in transplantation, and has already made an impact on issues of medication adherence and patient self-care in liver transplantation.

In service to AST, Dr. Serper served as the Early Career member to the Liver and Intestinal COP and is now actively engaged in LICOP’s Education Subcommittee.  Recently, she served as invited expert faculty on two AST webinars as well as an invited speaker at ATC and CEoT.

Dr. Serper is one of very few hepatologists with advanced skills and extensive practical experience in liver transplantation, health services research, telemedicine, and the science of behavior change.  This makes her well-poised to be a leader in optimizing transplant healthcare delivery practices and designing behavioral interventions to help us achieve the desired outcomes for transplant patients.

Dr. Serper is a transplant physician-scientist with enormous potential who is well-deserving of this award.